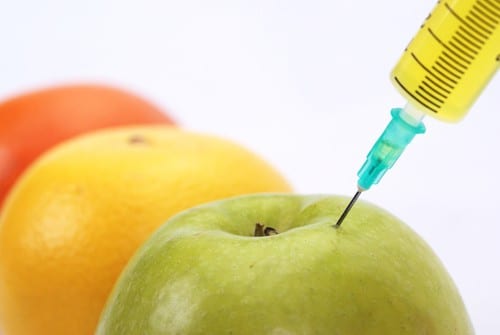 Today is World Food Day! And while hunger is not a primary concern in the United States and many other developed countries, we have another food issue looming over us — genetically modified organisms (GMO).

The debate about genetically modified foods continues unabated in the global food circles. There is no clear evidence to confirm that GM foods have unforeseen ecological consequences, nor are there any credible studies demonstrating that these foods have no bad effect on human health. The anti-GMO lobby is unhappy about the manipulation and mutation of food crops, claiming food prepared by unnatural means is unhealthy and can have severe effects on human health.

While proponents believe genetically engineered foods help control occurrence of some diseases, such as allergy, opponents link them to some diseases that are immune to antibiotics, claiming that people consuming these foods are more at the risk of developing cancer.

Genetically modified foods are rich in nutrients, vitamins, and minerals compared to traditionally grown food. Moreover, if we believe the pro-GM group, these foods don’t easily get rotten, unlike traditional foods. These plants can be genetically modified to resist various diseases, viruses, and bacteria and extremely freezing conditions, which are not good for health of traditional crops. However, since these are inventions of the modern day world, their long-term effects on health are not known. The anti-GM group fears that the pesticide and herbicide resistant crops may offer a conducive environment for the growth of super pests and super weeds, which cannot be easily destroyed and require a powerful chemical.

Bioengineered foods grow faster than those grown in a traditional way. As a result, they promise a higher productivity. Moreover, the pro-GM group claims that these foods are a boon in drought areas, where soil isn’t at all conducive for the growth of crops, which makes it difficult to grow normal crops that require favorable climate conditions. By genetic modification, crops can be easily grown in drought areas, thus promising to provide food in areas that are not conducive for plant growth. GMO supporters claim that with GM crops, it is now possible to supply food to areas that don’t have the ecology, economy, or infrastructure to feed their starving populace. Starvation, which is a condition where the body doesn’t get adequate nutrient supply, can have serious health effects. As a result, the body is forced to gradually devour its own stored reserves, such as organs, fat, and muscle, until the complete system shutdown, which may even lead to death.

The anti-GM group claims that genetically engineered foods can cause severe allergic reactions. Bioengineered crops are feared to easily contaminate neighboring crops and do considerable damage to the environment. It is also alleged that insect resistant crops may damage species which are not a target, while insects that these crops are intended to kill may develop resistance to GM crops. As a result, farmers might be forced to use more harsh control measures, including weed killers and chemical sprays. Excess use of chemicals could cause them to run off into rivers, ponds, and other water ways, thus poisoning wild animals and plants, fish, and drinking water.

What’s more, since most genetically modified companies are against leveling or labeling their products as GM foods, they mislead consumers, who have the right to know whether they are buying genetically engineered food, as some people have moral and religious objections in consuming GM food.

All in all, the advantages of GM food seem tempting, but their disadvantages cannot be ruled out. In fact, more research is needed to confirm the safety of bioengineered food.